Saber Gets Summoned into Melty Blood: Type Lumina in New... 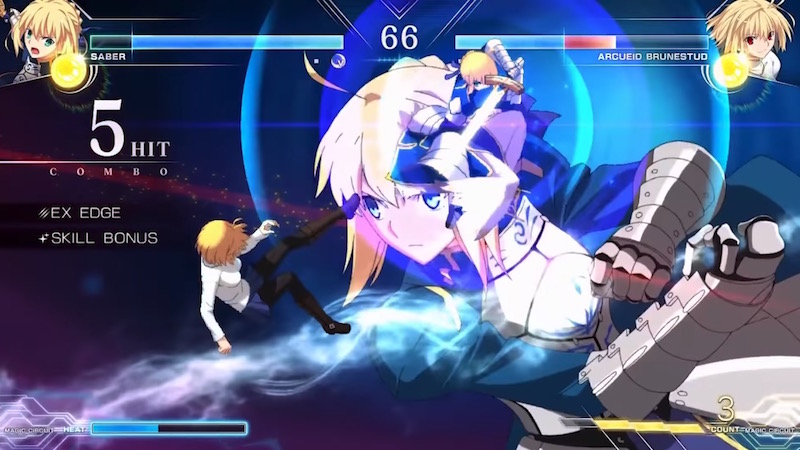 We’re just a day away from the worldwide launch of Melty Blood: Type Lumina, so it’s time to summon a particularly strong challenger for the latest preview. Project Lumina’s new trailer is here to showcase the “King of Knights,” Saber from the Fate series, and you can see some footage below.

Real name: Artoria Pendragon. A knight with braided blonde hair, shining blue and silver armor, and a somewhat cold attitude. She is well-known from the legends of King Arthur, wielder of the holy sword Excalibur who founded the Knights of the Round Table. Somehow, she has appeared in this world without the use of a summoning ritual. She now searches Souya for answers to this mystery.

Melty Blood: Type Lumina is based on TYPE-MOON’s visual novel Tsukihime, and you’ll be able to play it on PS4, Switch, Xbox One, and PC.

Joseph Luster is the Games and Web editor at Otaku USA Magazine. You can read his comics at subhumanzoids. Follow him on Twitter @Moldilox.